At the Centre of the World

Following the big success of the exhibition I am I Between Worlds and Between Shadows in the Ioakeimeion School of Istanbul, Nitra Gallery presents the new work of Kalliopi Lemos under the title At the Centre of the World.

In this body of work the artist examines ‘the anguished effort for balance and internal freedom’as it is represented through a short film that captures the effort for balance and control of a woman closed in an iron sphere. The exhibition is completed with wall installations of mixed media and small sculptures.

Marilena Zaroulia (Senior Lecturer in Drama,Department of Performing Arts, The University of Winchester) underlines: ‘A figure trapped in an iron sphere; a woman, literally and metaphorically the source of life, sits in the ‘centre of the world.’ She attempts to balance – to no avail. She is taken by the power of movement, rolling incessantly. Galileo’s famous exclamation of defiance echoes: ‘and yet it moves’. Indeed, if the earth is moving, how can we stand still? How can we find a balance in a universe that we don’t control? Where is the centre of this universe and how can we reach it?’

‘In a world where many desire to excel, to be ‘at the centre of the world’, what is the price that they must pay? How did the woman find herself in that sphere? Was that a choice? ? ‘When they were building the walls, how could I not have noticed!’ wrote Cavafy – the sphere, which perhaps she so desired, turned into her predicament; the choice became struggle.’

Kalliopi Lemos’s At the Center of the World exhibition participates in the
4th Thessaloniki Performance Festival, part of the main program of  the 5th Thessaloniki Biennale of Contemporary Art (23.06-30.09.2015) 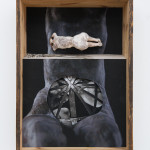 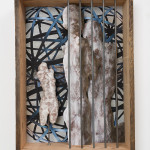 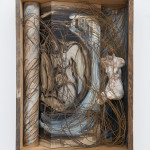 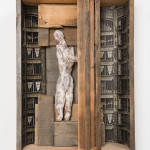 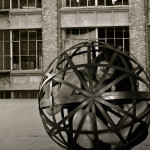 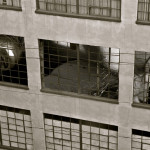 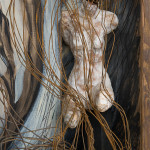 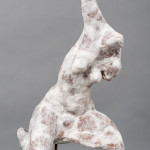 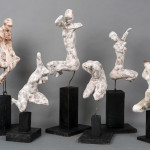 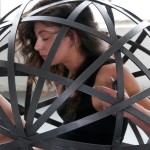