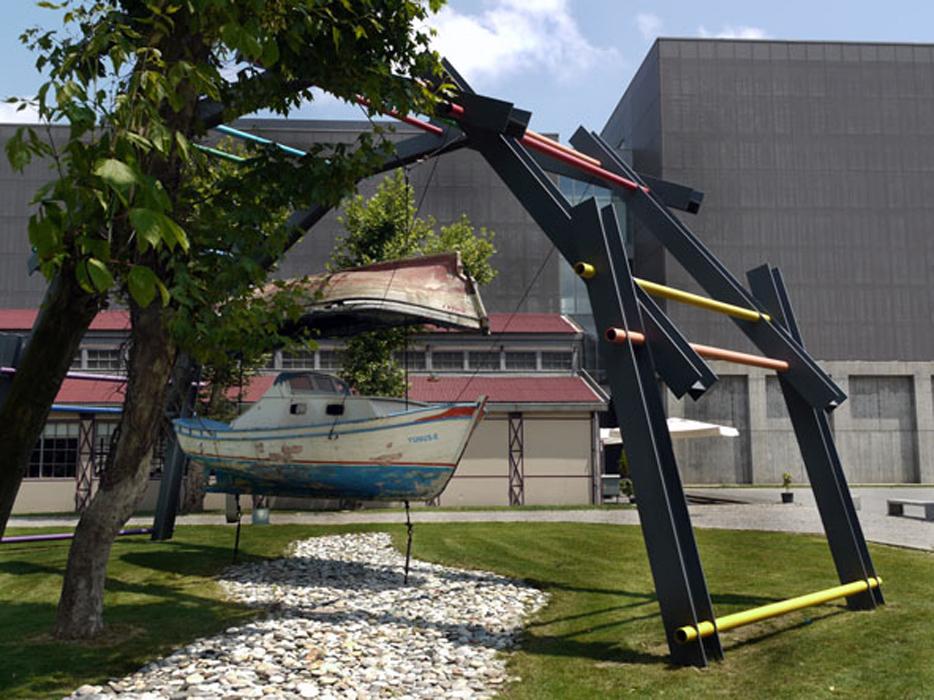 For Round Voyage, two migrant boats were put together and were inverted one above the other, in a form that brings to mind the yin and yang symbol. A steel arch construction, a bridge, was made to hold the boats in place and it was painted in different colours, bringing to mind a rainbow, a symbol for hope and regeneration. 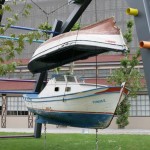 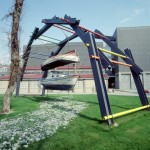