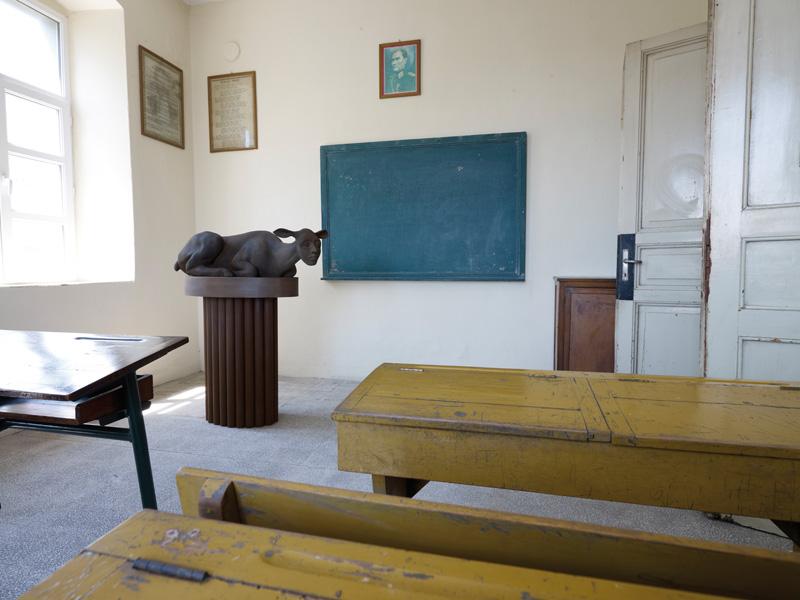 I Am I Between Worlds and Between Shadows

During the last decade, the work of Greek-born artist Kalliopi Lemos has exposed the wounding of human dignity. Most of her recent international projects addressed the hardships and mistreatments thousands of undocumented migrants are suffering in their effort to find somewhere to live. Lemos’s latest project focuses on women’s experiences and the frequent abuse of their self-respect. Lemos believes that human dignity is an inherent quality and an essential part of every human being, a part that cannot be separated from other characteristics of the person. In this work, Lemos points to human dignity as the inner-core of humanity, and the effort of women to uphold it.

The exhibition consists of an installation that features seven evocative sculptures, each one positioned in one of the rooms of the Ioakimion, an old girls’ school in the historic area of Fener in Istanbul. In this way, they stand like remote islands, expressing the alone-ness and loneliness experienced after violation. A sound installation will also feature so as to enhance the atmosphere of the old school. Made of steel fillings, fiberglass and mild steel, the sculptures refer to the brutal violations directly or indirectly affecting all women. But the story is also of the mundane violations, the struggle to combine and achieve and the daily sacrifice of the feminine that causes so much suffering to the soul, and to society as a whole.

Among the works, the Hen on Crutches, with no wings or legs, hangs suspended like a piece of meat, bringing to mind all those countless women that have been victims of trafficking, or the millions of underage girls forced into arranged marriages still in many parts of the world. The Memory shows a mutilated body of a woman on leg stands; positioned high above the spectator’s head, enabling one to see inside her body the cavity that creates life. It is the place where all the history of life experiences sits. She is standing alone and vulnerable, but at the same time defiant. Another work, the Deer on Altar, featuring the body of a deer and the head of a woman recalls the sacrifice of Iphigenia from the Greek mythology, that sits submissively, pondering with melancholy the repeated pattern of sacrificial behavior in her life; sacrificing her individuality and submitting into her father’s or husband’s wishes, becoming a woman living for others. Then the Goat, a sculpture of a goat with female breasts placed away from its body, becomes a metaphor for the woman who ‘sprints’ throughout her life in order to find a balance between the various responsibilities she has as a woman and to become perfect in an imperfect world. She strives to achieve impossible goals and dreams, but at the same time she abandons her femininity and her personality – hence the breasts that are left behind. In spite of the deformed appearances of the creatures depicted, the artist recognizes their dignity, inviting empathy and compassion for humanity, relentlessly searching for the truth of the self.

Kalliopi Lemos’s exhibition transcends the deadening global saturation of images, and demonstrates the lasting power of the imagination to create resonant, visceral images, that speak directly to the heart of the viewer, and to the core of social malaise. She delves into a world of alchemy, myth and dream to conjure up figures that force us to engage with and re-evaluate our understanding of the world, of how it is represented to us, and of women’s place within it. 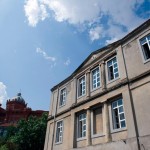 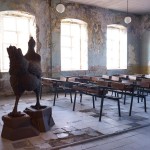 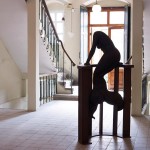 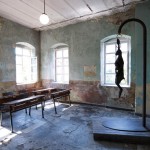 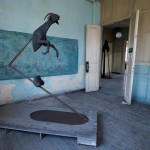