In this first public installation, the artist created an upright, 11 to 12 meters high structure of seven migrant boats was put together with all the vessels facing outwards in a circle, as if they were holding hands and showing their wounds to the world.

The work remained in this space from 2006 to 2009, when it was burnt down in a private funeral-like ritual that included a performance with the narration of Yiannis Ritsos’ poem ‘Persephone’ and fragments from TS Elliott’s ‘Four Quartets’. 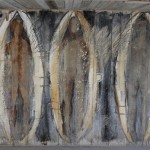 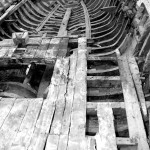 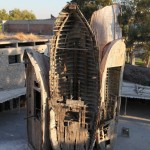